The Hirvaskoski manor house and estate is located in Pudasjärvi, in the village of Hirvaskoski

The estate is surrounded by water, forest and fields. The Hirvasjoki river flows nearby, and the sound of the Hirvaskoski rapids is an ever-present reminder of the history of the estate.

Surrounding the manor, which was built in 1846, are the stable and several auxiliary buildings. Notable to the estate is also the small water powered Hirvaskoski power station, which was first build in 1920, and which is still functioning.

The Hirvaskoski estate has a long and colourful history. The Hirvaskoski or Timosen Ruukki Iron works estate area is officially recognised as a culturally and historically significant site.

Read more about our colourful history 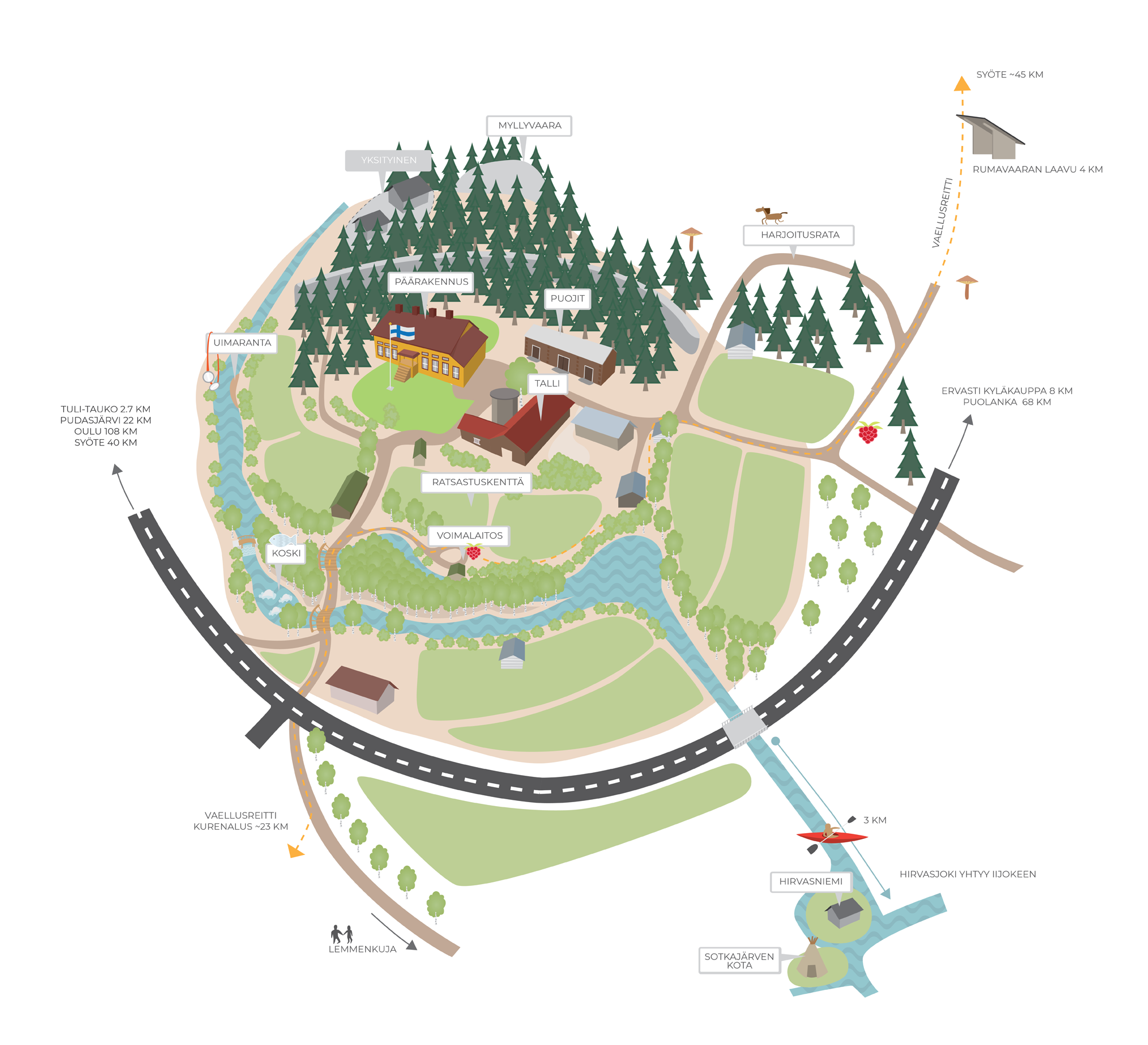 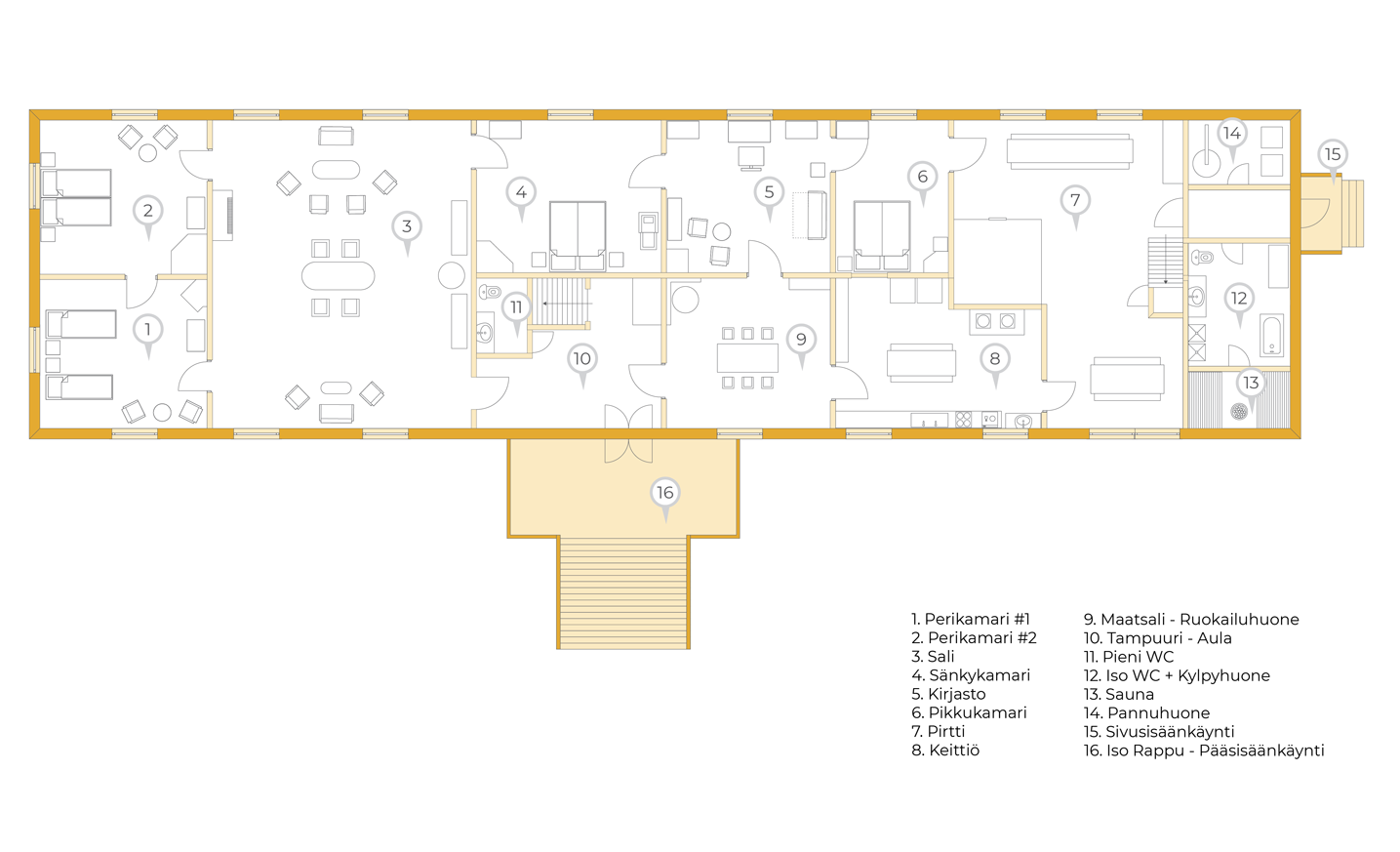 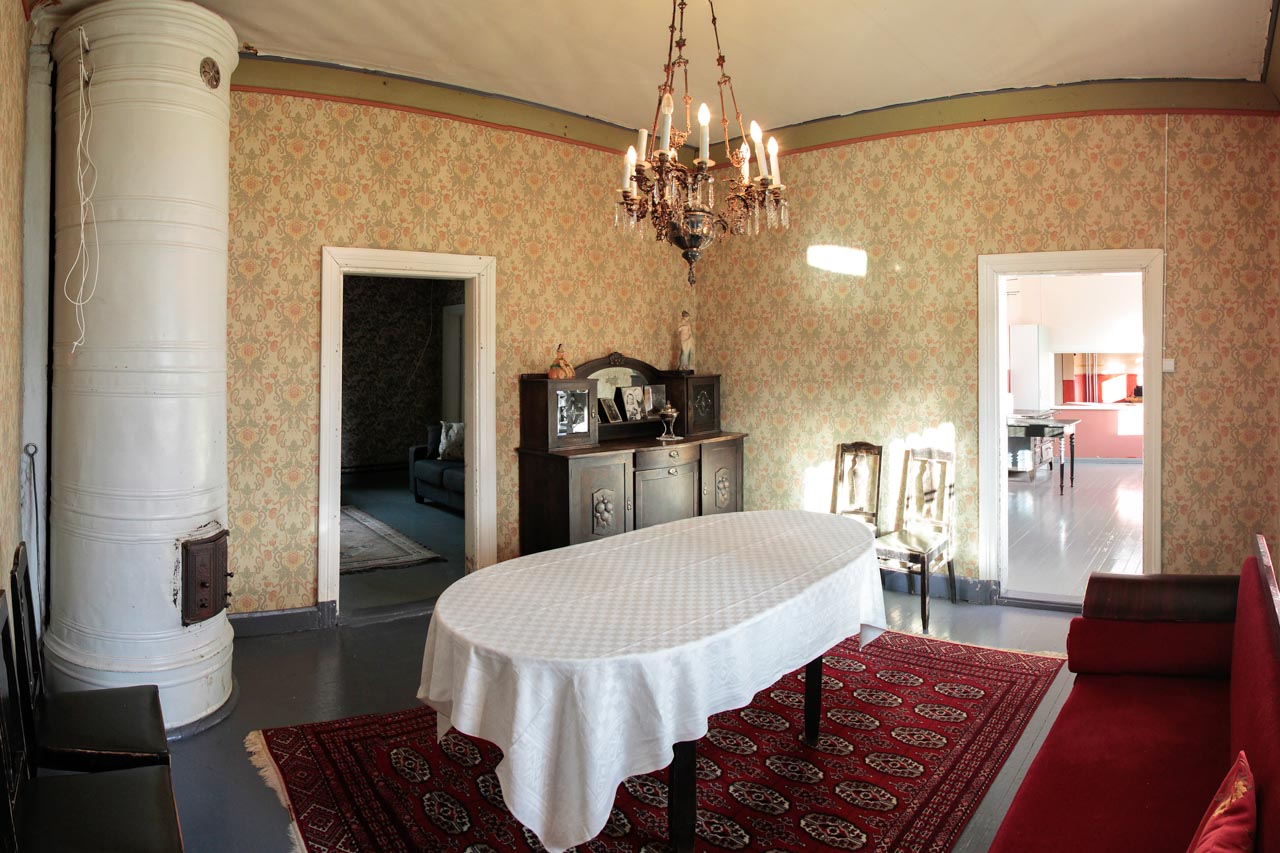 The formal dining room next to the kitchen. 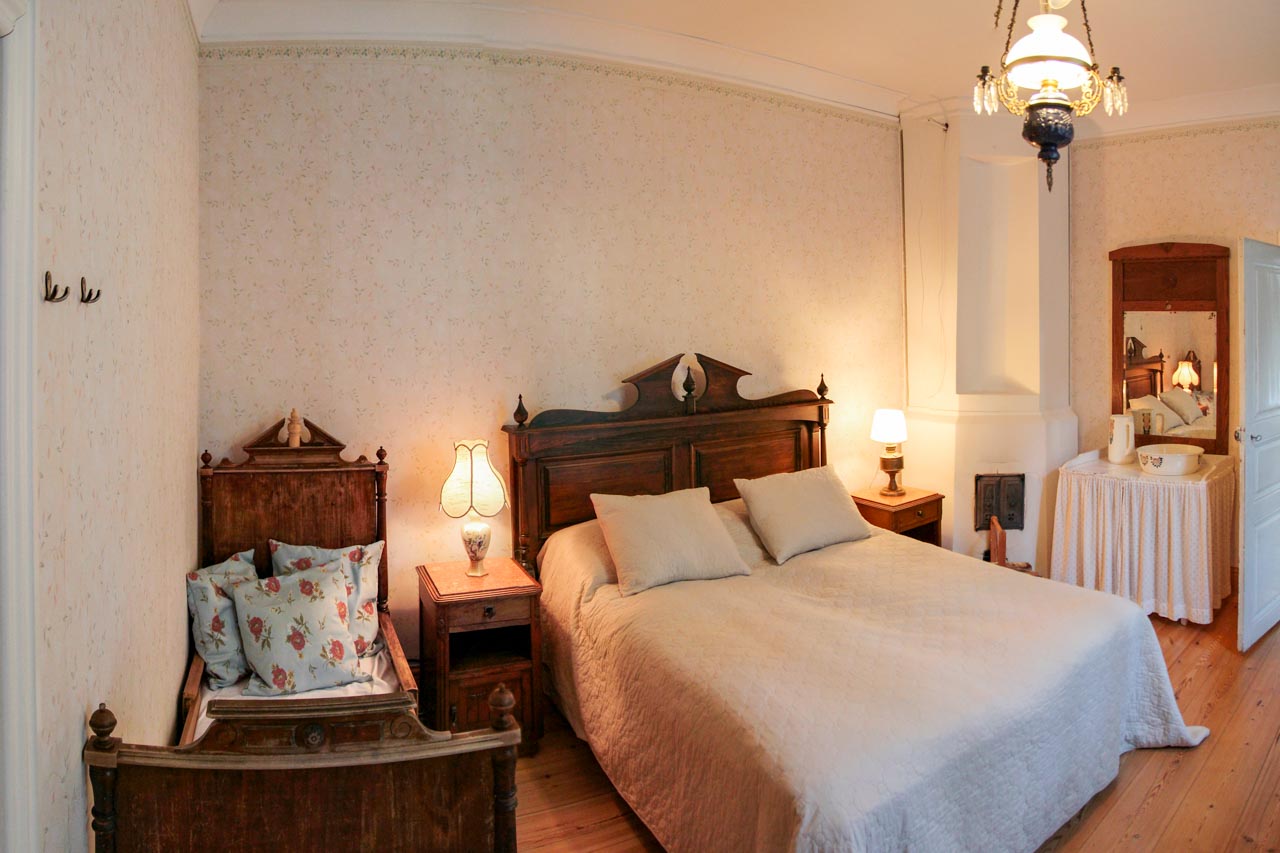 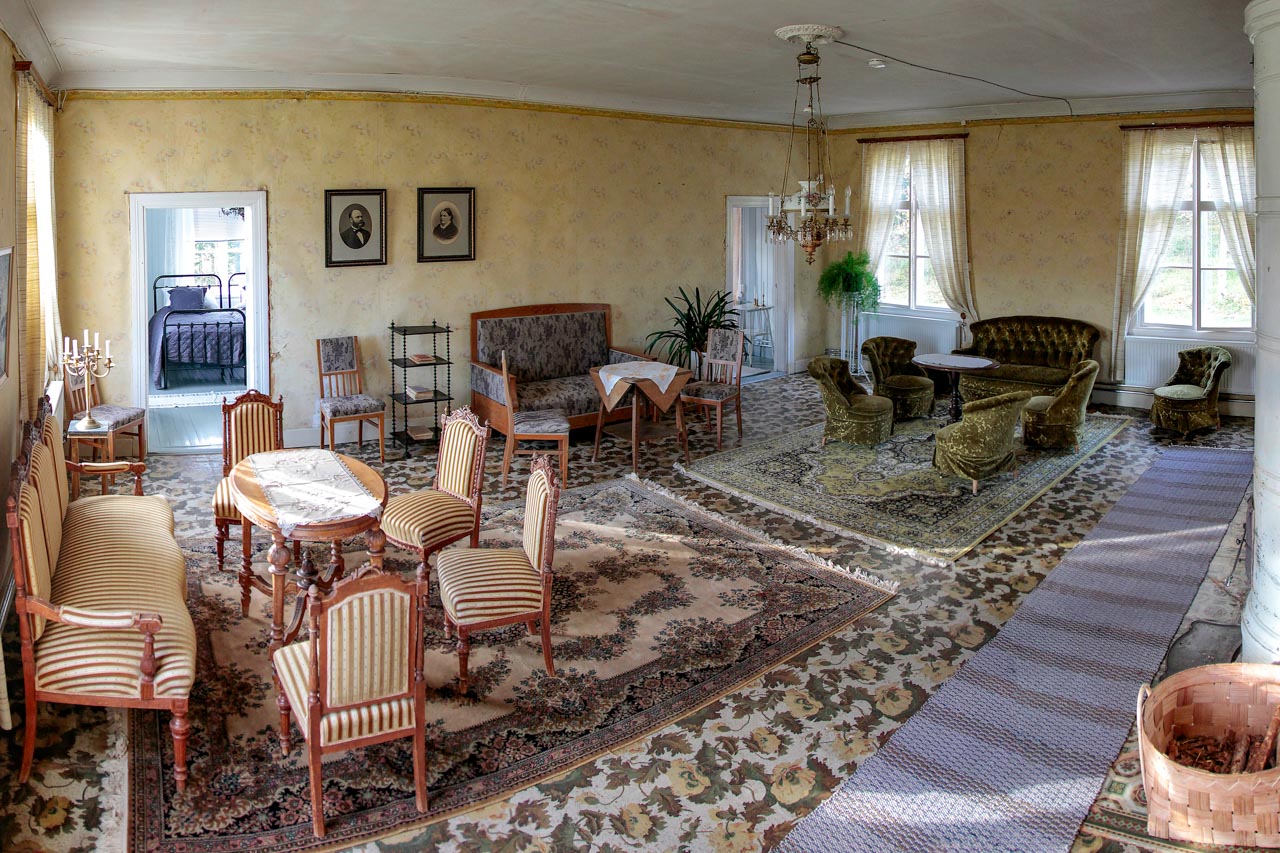 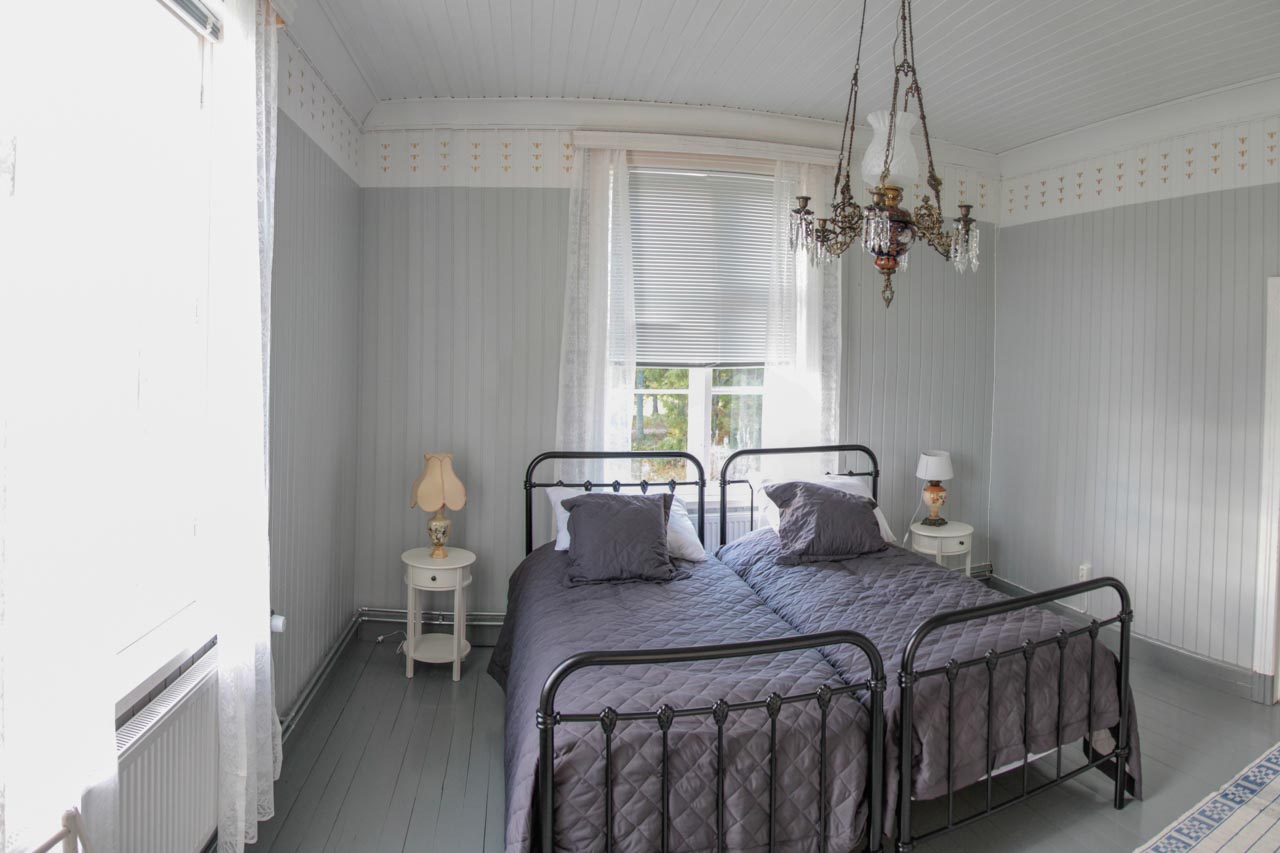 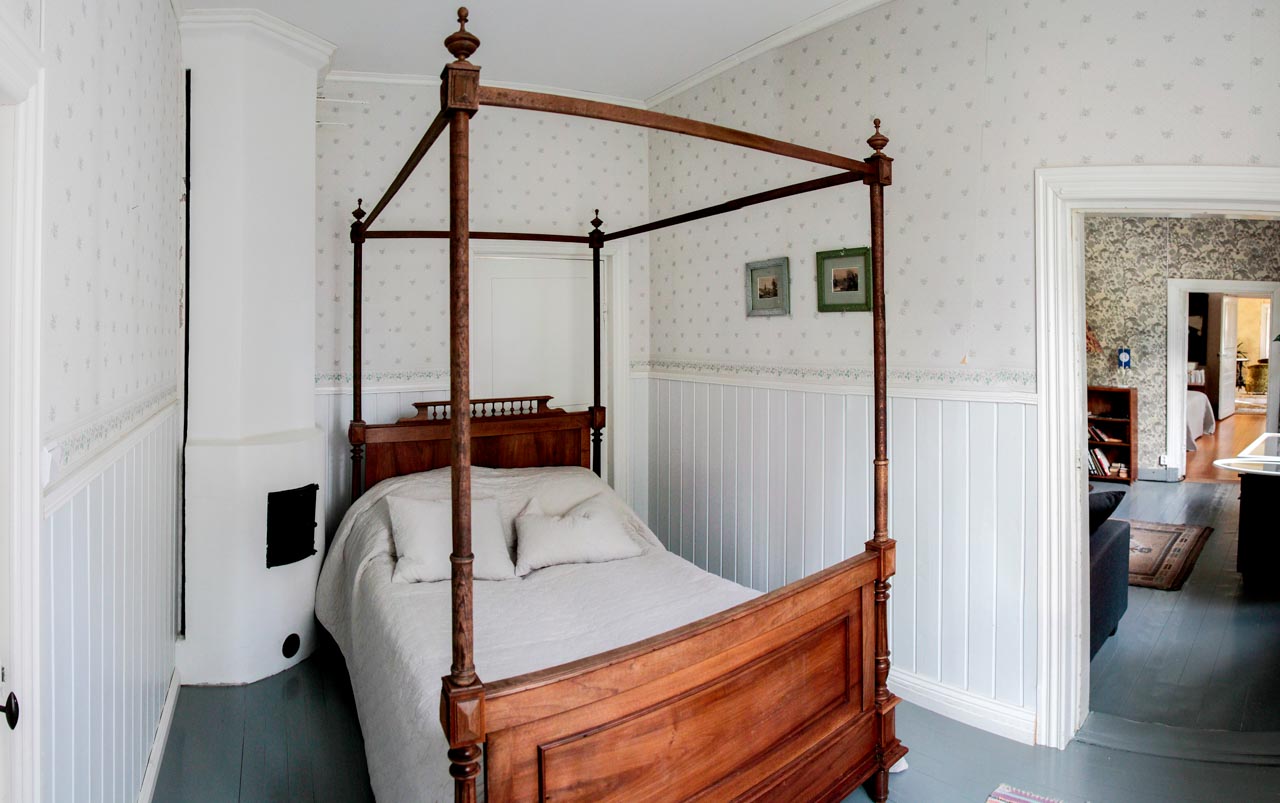 The Library is suitable for a small group. Can be used also as a bedroom. 20 m².